Needles are tools required for machine knitting. They are stacked in rows called needle beds on the machine.

In knitout, needles are named by their bed (f and b), and an integer index (with larger indices being more rightward). So, for example, the front-bed needle f3 is two positions to the right of needle f1 and (at racking 0), back-bed needle b2 is between them. The knitout language allows negative needle indices. The mapping between needle indices and machine needles is controlled by the position header.

In a row of knitting, each individual needle is responsible for forming a single loop. A given needle continuously pulls yarn through the loop that currently rests on it, and these stacked loops result in a column (wale) of knits.

Needles can knit, tuck, split, drop, amiss, and transfer; the particular operation is controlled by the carriage, which contains cams that select needles and engages/position them to perform the programmed operation.

There are two types of needles that you'll encounter on various knitting machines: slide needles and latch needles.

Slide needles consist of a retractable hook that can knit and a slider that can hold loops of yarn. The slider is responsible for transferring loops to other needles. In knitout, sliders have separate names, prefixed with fs and bs. So, for example, bs10 is the slider of back-bed needle b10.

Latch needles also include a retractable hook, but instead of a slider, they have a latch that opens and closes to either secure the loop on the hook (closed) or allow mobility for the loop (open). 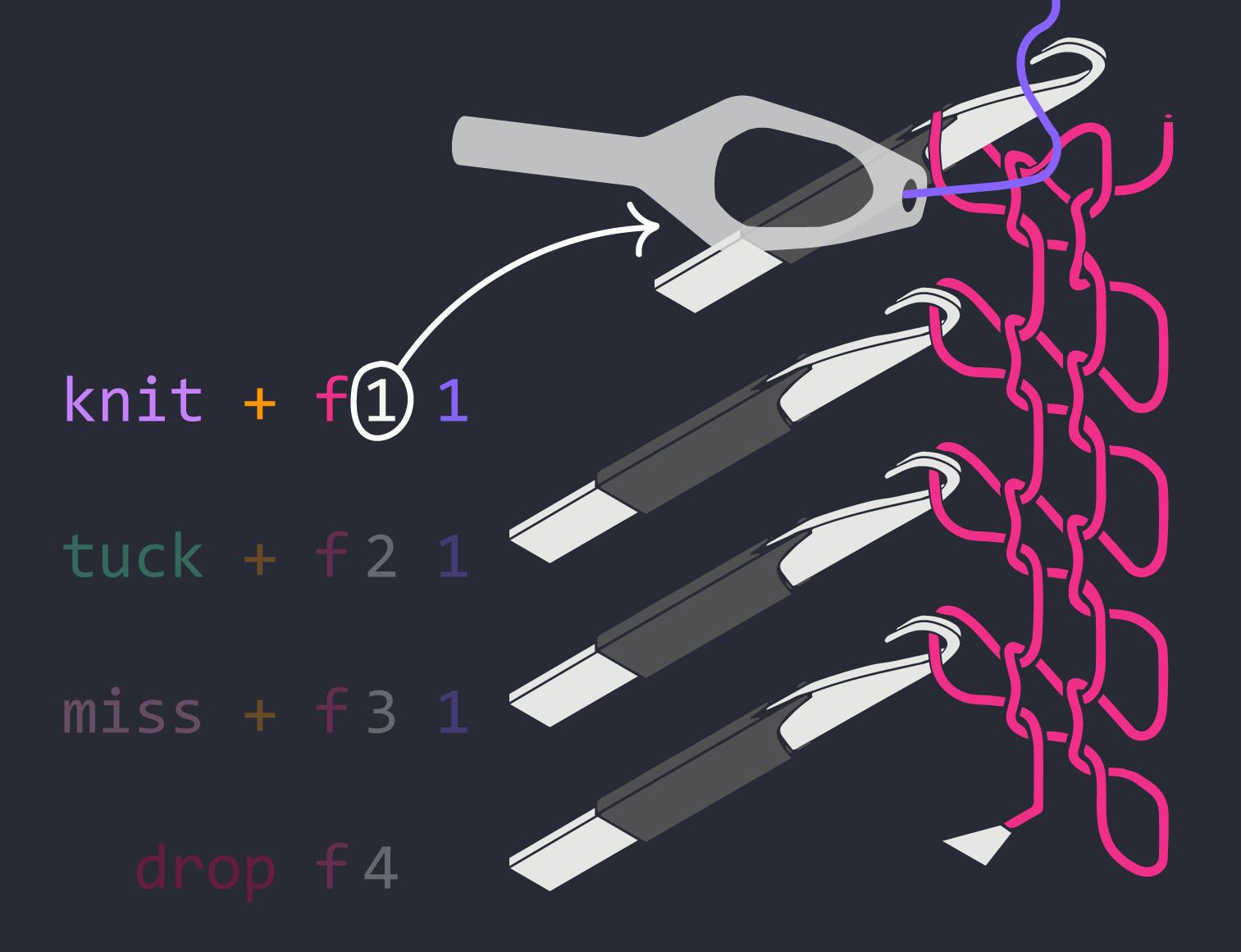 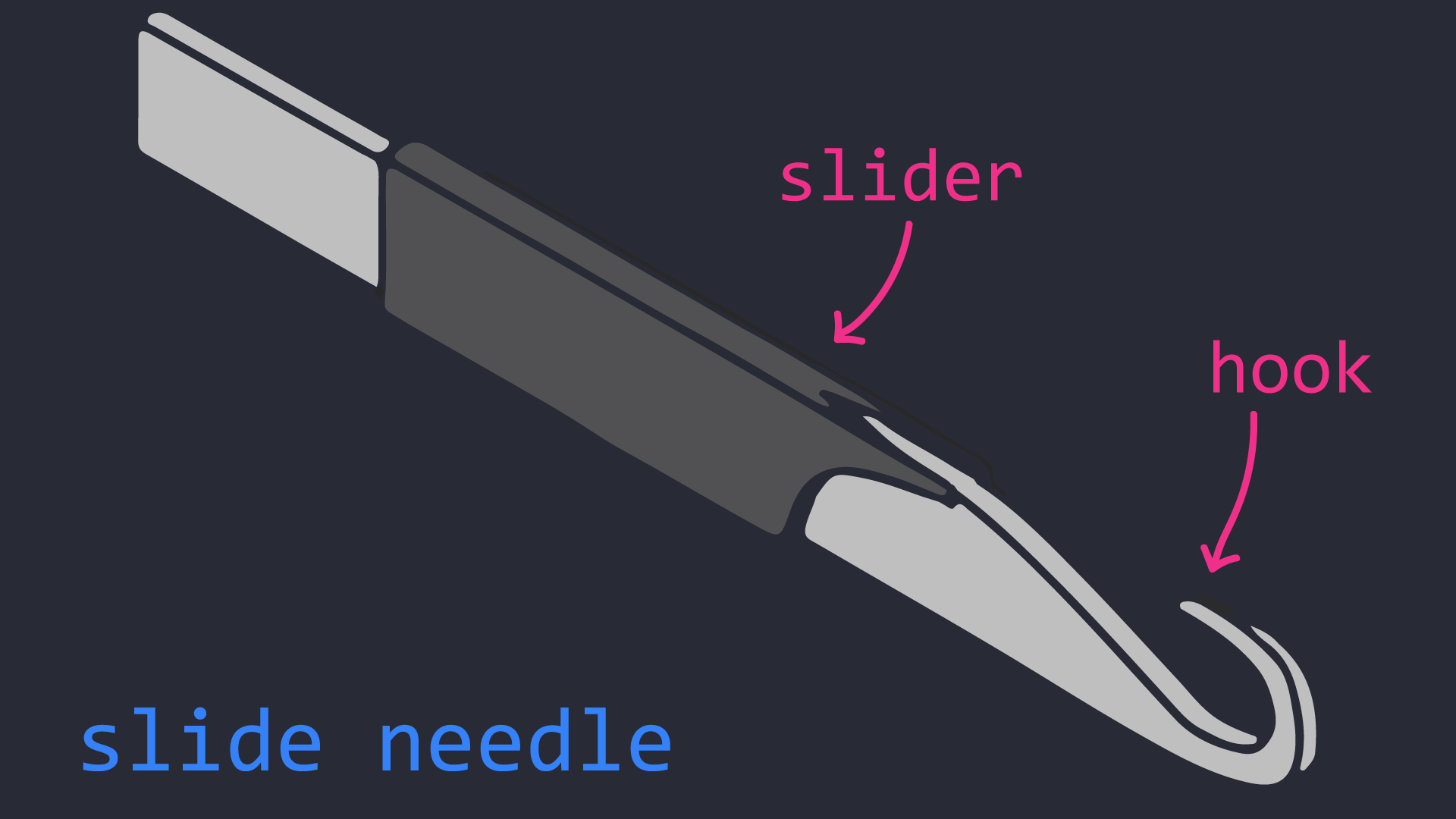 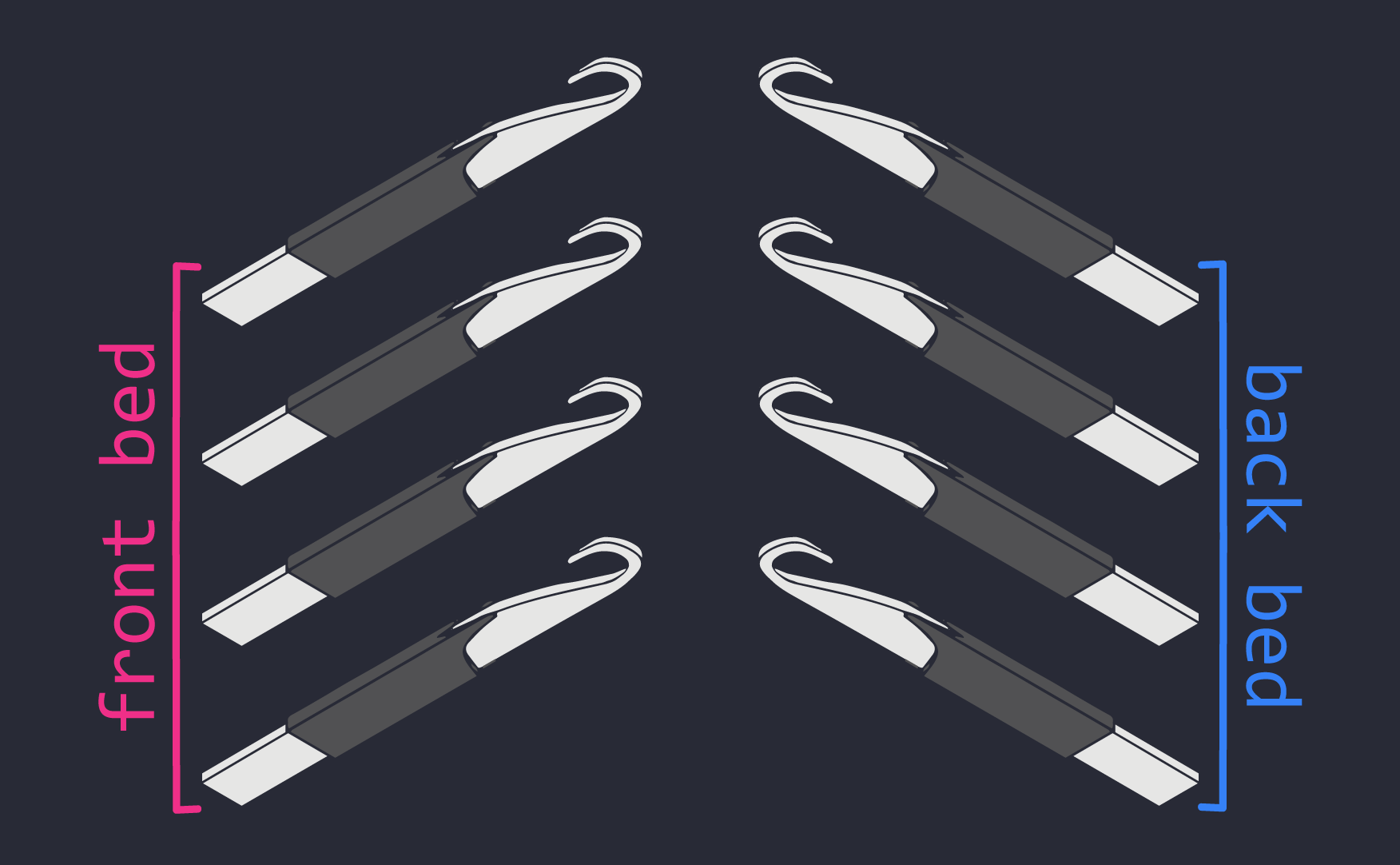